Frank Parlato Jr. is clearly biased against the Seneca, if not all Indians local to the area. But his recent rant about the recent release of a scientific poll showing overwhelming support among Western New Yorkers for Seneca businesses included more than his normal quota of distortions and inaccuracies. 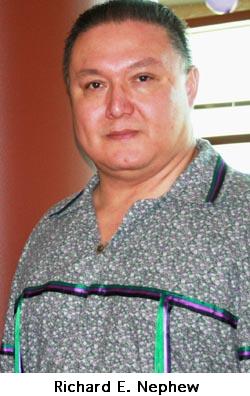 For instance, he had access to the poll questions because the Nation's leaders released all the questions to the news media. We wanted to be transparent and document that this poll was fair and professional. We also released all the breakdowns of the answers, known as the cross tabs. And, contrary to his assertion, Niagara County was among the 14 counties whose 1,000 residents were polled.

This was not a "push poll," at all. It was professionally designed and executed, conducted via telephone rather than the web, and the questions, as anyone can see by reading them, were balanced and fair.

According to Wikipedia, a "push poll is a political campaign technique in which an individual or organization attempts to influence or alter the view of respondents under the guise of conducting a poll. In a push poll, large numbers of respondents are contacted, and little or no effort is made to collect and analyze response data. ... The term is also sometimes used inaccurately to refer to legitimate polls which test political messages..." 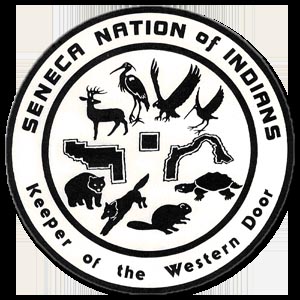 That is clearly Parlato's attempt here. The poll reported all the responses and those were then released. We released all the questions, so people can make up their own minds about fairness and objectivity. A "push poll" tries by asking poll-like questions to move voters to think a certain way -- essentially to offend or scare them about a political opponent. Our scientific poll, with a very low 3.2 percent margin of error, simply asked questions and recorded responses. The findings are accurate and impactful.

We're sure it comes as a great shock to Mr. Parlato that, despite his years of borderline racism and mocking our Nation, a $1.1 billion economy with 6,000 good-paying jobs, $125 million in annual payroll and $167 million a year paid to our vendors add up to loyalty and respect from our neighbors.

The poll's findings clearly demonstrate that the Seneca Nation has robust support among a wide majority of Western New Yorkers, most of whom, we don't need a poll to tell us, never read his angry and slanted writings.

The poll clearly demonstrates that most Western New Yorkers believe that when New York's leaders sign a law granting exclusive gaming rights to the Seneca Nation, the state must abide by its law.